Board of Directors and Staff

Em Lane is a public librarian, gardener and dog dad. They hold a master’s degree from the University of Arizona and have called Tucson home for many years. Em has been working with trans and gender non-conforming youth for the last 7 years as an active volunteer for Camp Born This Way. They have also been a librarian for over a decade, focusing their work on advocating for teen voice. Em has a passion for social equity and justice and is looking to put that energy into their role on the SAGA Board.

Lanay is a proud Tucsonian whose love for their community drives their work as an advocate, community organizer, and intersectional activist. Continuously working through the lense of intersectionality, Lanay focuses their work on deconstructing social constructs and systematic oppression through policy and systems change. They are currently a Tucson Pima Collaboration to End Homelessness (TPCH) committee member and Youth Violence Prevention Coalition Ambassador.

Judee, born and raised in Tucson, her roots are deeply imbedded in the local Queer Community. She started her career, as a Community Organizer, using tools she gained from local queer focused programming like harm reduction, advocacy, and trauma informed care.

Andrés Bautista  is a first generation undergraduate at the University of Arizona. His experiences growing up as a trans Chicanx have greatly influenced his politics and involvement in movement building spaces. Currently, Andrés is a member of the National Trans Youth (TRUTH) council under Transgender Law Center and GSA Network. In the past he has worked with Planned Parenthood on their LGBTQIA+ youth advisory board, as well as with Leading for Change AZ. He hopes to use his knowledge and experiences to advocate for trans youth and create a leadership pipeline for trans youth living in Southern Arizona.

Dante Celeiro, Originally from NYC, has been involved in social activism & the arts community for more than 25 years. After 12 years of working with the Gays Men’s Health Crises, Callen-Lorde Health Center, CDC & heavily involved in the underground Ball Scene, Dante was in need of a break & was brought to the Southwest. It was a short lived break & jumped right back into social activism & the arts.

The doors of Fluxx may have closed two years ago after a massive burglary; however its mission continues today with the hopes of building a Cultural Community Arts Campus for the entire LGBTQ+ Community.

I was born and raised in Mexico City but have considered Tucson my home for the last 15 years. I have been fortunate to be involved in community organizing efforts both in Mexico and here in Arizona and strongly believe in advocacy and grassroots work from the perspective of human rights. I also believe in the power of connection and of having a supportive community. As a parent I’m committed to helping open up more spaces of support for families of queer/trans youth of color, especially immigrant families. I am the proud mother of two wonderful children. In my day job I work at the UA as part of a research and evaluation unit. I am also a doctoral student in public health.

Lias Gallardo is honored to be on the SAGA Board and has found the resources, groups and services provided by SAGA to be invaluable. Lias looks forward to putting their marketing, video and web experience to use supporting and promoting the SAGA mission. Lias currently works as a freelance web developer. 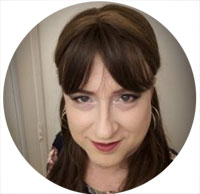 Grayce is a photographer and digital manipulator that enjoys making and experiencing many forms of art. Over the last few years she has been focused on empowering and showing the beauty of people from the local LGBTQIA+ community.

Grayce's first experience with SAGA was through it's website, finding resources to begin transition. She then found the support groups and used them to strengthen her resolve to transition and also learn more about the local trans community. In the process she found friends and chosen family amongst the people in these groups,  gaining a sense of belonging.

Grayce endeavors to pay forward what SAGA has done for her by facilitating the Desert Sisters and Gender Outlawz support groups. She tries to make these groups a warm inviting place for people to be their true selves and find acceptance.

Lizette Trujillo is a Tucson small business owner and community advocate for transgender youth and families.  She spends much of her time volunteering for the Southern Arizona Gender Alliance, where she and her spouse facilitate a local support group for families of transgender, gender creative/non-conforming youth. Her local efforts have brought her national attention and she now serves as a member of the Human Rights Campaign Parent Trans Equality Council.  Lizette is a proud mother to an 11 year old trans child, and enjoys being a mother above all else. Lizette has learned so much through her child’s experience, and is committed to creating awareness and change around trans youth and their needs.

I grew up in New York City, which formed the roots of my passion for social justice work. I then traveled to Richmond, Indiana where I graduated from Earlham College in December 2017 with a BA in Women’s, Gender, Sexuality Studies. During my time at Earlham I completed an off-campus semester program in Tucson called the Border Studies Program (BSP). BSP is what hooked me to Tucson. Other than the killer sunsets, I met so many incredible people and told myself I had to come back. Shortly after the big move, I started working with No Mas Muertes/No More Deaths. I am thrilled to continue making a community here in Southern Arizona through SAGA. When I am not at SAGA’s office, you can find me biking around town, hiking among the gorgeous cacti, or attempting to try new crafts like weaving on a piece of cardboard.